Drunk Sebastian man says he tried to kick his niece, but missed 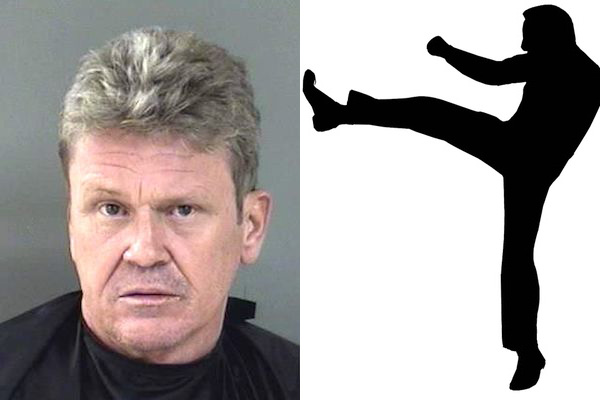 A man who tried to kick his niece was arrested in Sebastian, Florida.

SEBASTIAN – Officers were dispatched to the 300 block of Sebastian Crossings Blvd. Saturday morning at approximately 11:00 a.m. in reference to a disturbance.

At the scene, the Sebastian Police Department spoke with 49-year-old Raymond Glenn Rogers who “started to sway back and forth” with a heavy odor of an alcoholic beverage coming from his person, according to the report.

An officer asked Rogers what happened, and he stated that he got into an argument with his niece, and then “put his leg up” and tried kicking at her, the affidavit said.

“[Rogers] demonstrated in the front yard how he picked up one leg and tried kicking at his niece,” the officer said.

Police said Rogers was “all over the place and not making much sense” about what occurred at the home, according to the report.

Rogers kept telling the police that his niece has “issues” as he continued to sway back and forth, the report said.

The niece told police that her uncle was “taunting her” and causing a verbal disturbance. She said Rogers aggressively walked toward her and tried kicking, but he missed, the affidavit said.

While interviewing the household, another disturbance was going on outside between Rogers and a K9 officer.

It was the second time police received a call at the residence about Rogers. He was arrested and charged with Domestic Violence and Resisting Arrest.