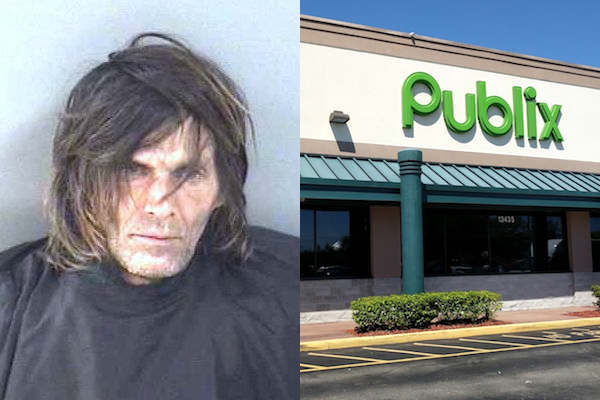 A Sebastian man was arrested on multiple charges after scaring people at the Publix in the Riverwalk Plaza.

SEBASTIAN – The Sebastian Publix grocery store in the Riverwalk Plaza called police about an intoxicated man yelling at customers in the parking lot, according to the Indian River County Sheriff’s Office.

Ralph Joseph Manchester, 48, was arrested and charged Tuesday in Sebastian with Disorderly Intoxication, Resisting Arrest, and Consuming Alcohol in Public.

A Publix employee told deputies that Manchester was scaring customers in the parking lot. He was seen walking around, unsteady on his feet, swaying back and forth, the arrest affidavit said.

Deputies saw Manchester with a Vodka bottle in his hand, which was nearly empty. He began to walk away when law enforcement arrived.

Manchester was very hostile towards deputies and began to tell them he would beat their faces in “and threatened to do violence” to them, according to the report.

At one point, Manchester told one of the deputies that he was going to “pull his di– out and urinate” all over them, the report said.

While deputies tried to detain him, Manchester resisted and was escorted to the ground.

Manchester was eventually transported to the Indian River County Jail. As of Wednesday afternoon, he remains in jail on a $1,500.00 bond.