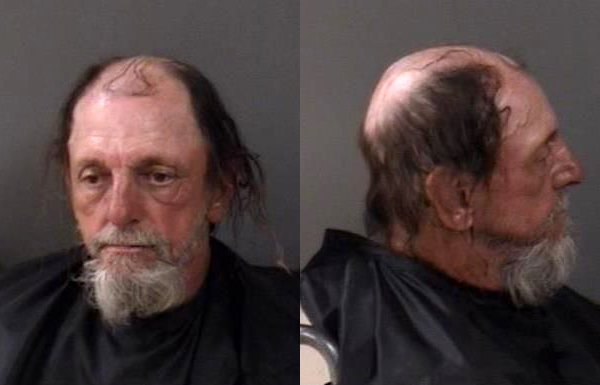 An intoxicated man, who is currently staying at the Sebastian Inn and Suites, was seen trying to ride a bicycle and yelling at people in the Publix’s parking lot in Roseland.

Deputies responded to the Riverwalk Plaza after several people called 911 and reported a disturbance.

69-year-old John Charles Kitsko appeared to be heavily intoxicated as he attempted to ride his bicycle.

The deputy said Kitsko was bleeding on his leg and had some blood on his hands. He appeared to be agitated as people stood watching him attempt to balance himself on a bicycle.

“I smelled a strong odor of an alcoholic beverage emitting from his breath. His eyes were glassy, and his speech was very slurred,” the deputy said.

Witnesses said Kitsko was yelling at them and others in the Publix parking lot.

Kitsko was arrested and charged with Disorderly Conduct. He was transported to the Indian River County Jail, where he was sentenced to 15 days in jail.