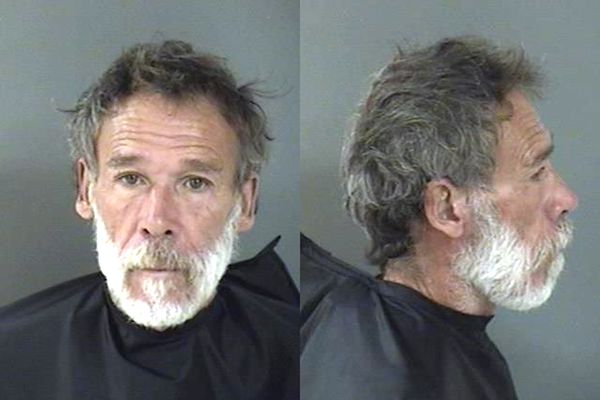 For a second time in a year, Anton Bruce Elliott of Vero Beach was arrested for causing a disturbance at the same Wendy's restaurant. Image by Indian River County Sheriff's Office.

A Vero Beach man was arrested on a charge of Disorderly Intoxication after he continued to challenge store employees and customers to a fight at a Wendy’s restaurant located at 8905 20th Street in Vero Beach, according to the Indian River County Sheriff’s Office.

Anton Bruce Elliott, 62, began harassing customers and employees, according to the restaurant manager.

“The male subject appeared to be extremely intoxicated and made animated gestures towards customers and restaurant employees as if he wanted to fight them,” the arrest affidavit said.

When Elliott heard the manager was calling the police, he fled on foot and started a disturbance inside the Vero Beach IHOP.

Elliott was walking out the door to the IHOP when deputies arrived.

“Elliott was unsteady on his feet, so I had to hold him several times preventing him from falling down. I also smelled a strong odor of alcohol on his breath,” the deputy said in the report.

Last year, Elliott was arrested at the same Wendy’s for yelling obscenities to employees and customers. This is the second time he’s been arrested over a Wendy’s incident.

The subject was transported to the Indian River County Jail for processing.

Elliott has since been sentenced to 60 days in jail by Judge Wild.

According to jail records, Elliott has been arrested over 40 times in Indian River County.