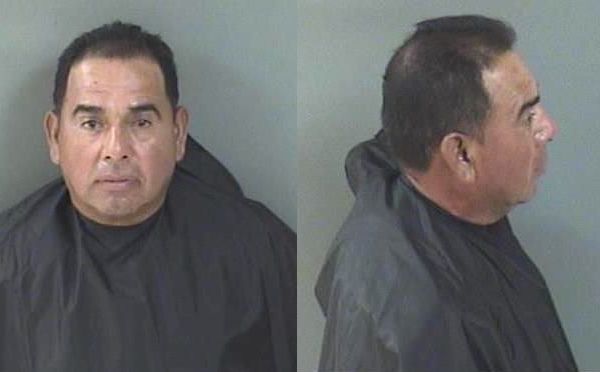 A Fellsmere man was arrested for DUI in Sebastian, Florida.

The officer activated his emergency lights and got behind the driver in order to prevent the vehicle from colliding with oncoming traffic. After following the vehicle for a few blocks, the driver eventually pulled over, according to the report.

“As I was speaking to the driver, his vehicle started to drive in reverse. I yelled at the driver to place his vehicle in park and to stop the vehicle, but the driver just stared at me,” the officer said.

The driver’s vehicle received approximately $250 in damage. There was no damage done to the police cruiser’s push bar in the front, the report said.

“I could smell a strong odor of alcoholic beverage emanating from his person,” the officer said.

The driver, identified as 43-year-old Maximino Hernandez, did not have a driver’s license. Instead, he presented a Farmworker Association ID.

After conducting standard field sobriety tests, the officer determined that Hernandez was too impaired to drive.

Hernandez, of Fellsmere, was arrested for DUI with Property Damage, Driving without a Florida Driver’s License, and transported to the Indian River County Jail. He was released Sunday afternoon on $1,500 bond.