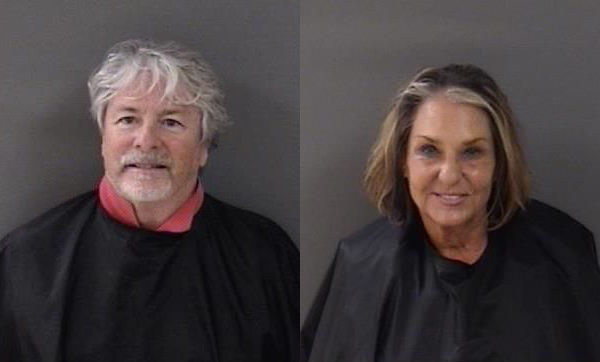 Gilliams and Parris, who were removed from public office after a recall election on Sept. 15, were in court Wednesday with their attorneys Jeffrey Garland and Philip Reizenstein.

The charges come after they held a nonpublic meeting on April 22, 2020. During the meeting, they voted to remove the city staff and appoint Gilliams as the new mayor.

Also at the meeting was Diana Bolton, a current candidate for the Sebastian City Council. She also supported Gilliams two days later at his press conference.

Sebastian citizens called the meeting an illegal coup, which prompted the State Attorney’s Office to open an investigation.

According to the investigation, Gilliams and Parris lied to investigators and were charged with perjury. Eventually, they were also charged with criminal violations of the Sunshine Law.

On Sept. 9, Parris was found guilty and convicted of a lesser Sunshine Law violation after conducting city business in secret following a meeting. The conversation was captured by microphones that were still on. She paid a $250 fine for the non-criminal fraction, plus $68 in court costs.

Parris tried to downplay the case on social media.

“Many officials have ‘broken’ the Sunshine Law. It’s original purpose was for good reason but it’s been taking way out of context. I violated the Sunshine Law in the sunshine in front of the public,” Parris wrote.

However, according to legal sources, the upcoming trial is far more serious that could come with more significant consequences and possible jail time.

Sebastian Daily will be at the trial on Nov. 25.