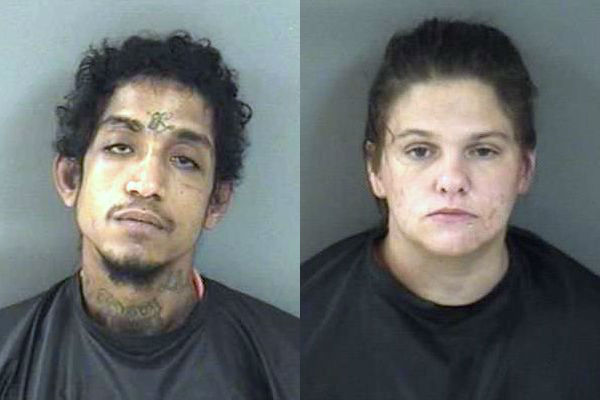 VERO BEACH – A Vero Beach couple are charged with multiple felonies in connection to an armed burglary after deputies found them fleeing the home Monday, according to the Indian River County Sheriff’s Office.

Kenric Antonio Wesley, 26, of Vero Beach, was charged with armed burglary, petty theft and a probation violation, according to the report.

A neighbor called law enforcement at about 9:20 a.m. Monday to report a home burglary in process in the 1600 block of 17th Lane Southwest.

Upon arrival, deputies found the rear sliding glass door hanging off its tracks, and the home was ransacked with a missing television.

The neighbor yelled for deputies and pointed in the south direction where two people were fleeing.

A deputy chased McCarthy through several nearby yards before she fell, while Wesley was arrested in a traffic stop a few blocks away from the scene.

The homeowner told the Sheriff’s Office that McCarthy had moved out weeks ago and was not supposed to be there. She had no key to enter the residence.

But Wesley said they were there to retrieve McCarthy’s belongings, while McCarthy said Wesley held a gun to her and made her do it, the report affidavit said.

Each accused the other of using a large knife to pry open the door before the burglary.

However, deputies were unable to recover the knife or gun.

McCarthy and Wesley were arrested and transported to the Indian River County Jail.

Man Shoots Himself In Chest At Vero Beach Kamp

Man Shoots Himself In Chest At Vero Beach Kamp