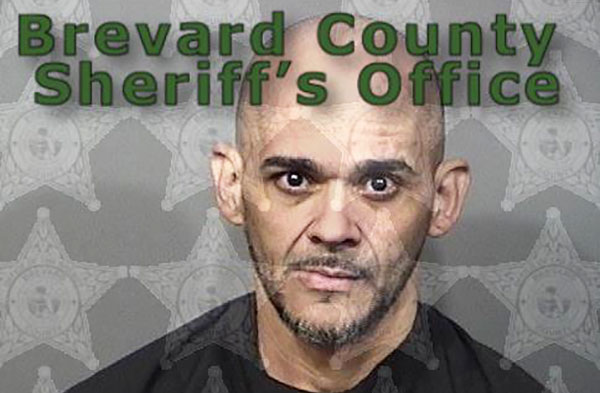 Deputies responded to the 900 block of Oriole Circle in Barefoot Bay Tuesday morning at approximately 7:30 a.m. about a man who pulled his pants down near a school bus stop, according to the Brevard County Sheriff’s Office.

Cesar Andres Villanueva, 45, was seen on the porch of his residence. Deputies observed Villanueva with his pants down “around his ankles” with his underwear exposed. Villanueva’s home is near a bus stop where children were present.

A parent used a cell phone to record Villanueva’s behavior near the bus stop. Villanueva can be seen acting strangely in the middle of the street while attempting to dance, then falling to the ground.

A deputy approached Villanueva upon arrival and found a syringe in one of his pockets.

“The syringe had a brown liquid residue inside of it. Based on my training and experience, I knew the liquid to resemble heroin,” the deputy said.

While removing the syringe, the deputy found a clear plastic bag that contained crack cocaine. Villanueva attempted to bite the bag to swallow the evidence, according to the affidavit.

Villanueva was arrested and charged with drug possession, drug paraphernalia, and tampering with physical evidence. He is still being held at the Brevard County Jail on a $4,500 bond.