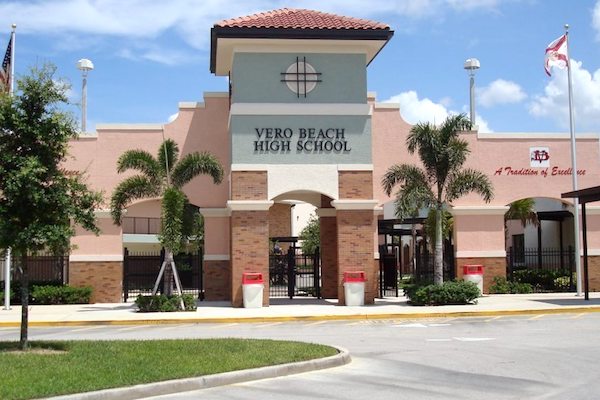 VERO BEACH – In the spring of 2017, Indian River County Schools Superintendent Dr. Mark Rendell accused Ralph Vaughn of violating testing protocols, School Board policies, the State of Florida’s Principles of Professional Conduct for educators and state law, and terminated him from his position as a business education teacher at Vero Beach High School.

The termination was later reduced to a five-day suspension without pay.

The disciplinary actions followed revelations that Certiport, the vendor with whom the district contracts to offer industry certification examinations to students, had invalidated the test results of several hundred students at VBHS due to violations of its examination security protocols.

The district, in turn, blamed Vaughn, claiming that Vaughn had invented and carried out the practices in an attempt at fraud, claiming that he would be unjustly enriched through performance raises and bonuses by his students’ illegitimately enhanced exam results.

Vaughn freely admitted to his conduct, but consistently asserted his belief that it was authorized by both the district and by Certiport, and that he never had any intent to commit fraud or unjustly enrich himself. Through his union, the Indian River County Education Association, he filed a grievance against the discipline he received.

Vaughn had his day in court on Nov. 15, 2017, when Harold Smith, a neutral arbitrator hired by the parties to resolve the dispute, conducted a hearing.

On Tuesday, Smith’s decision was issued to the parties, clearing Vaughn of all charges and overturning the discipline issued against him by the district.

“These charges, that Vaughn implemented the testing procedures to enrich himself, are not supported by facts,” according to Mr. Smith.

“The charges are based on suspicion … the lack of due process, and a less than thorough investigation indicates that the School Board decided early on that Vaughn acted to enrich himself … the evidence supports the Union’s argument that the School Board should have known about the testing procedures used by Vaughn in administering the test in question. Vaughn never attempted to hide or cover up the testing procedures … The Grievance is granted. The School Board did not have just cause to suspend the Grievant.”

Picklesimer applauded Smith’s decision. “It was clear from the outset that this was a situation where the district screwed up and was scrambling to find a scapegoat. There was never any evidence in support of the district’s accusations against Ralph, which the arbitrator immediately understood.”

Liz Cannon, President of the Indian River County Education Association, wondered whether the hasty and sloppy work by the district and Certiport was what really harmed students.

“If the district had done a more thorough investigation, maybe they could have reversed the decision to invalidate students’ certifications,” Cannon said. “Their efforts to cast blame demonstrate a lack of concern for students. Certiport’s lack of training is really at the heart of the issue here, so they should take some responsibility in all of this as well.”