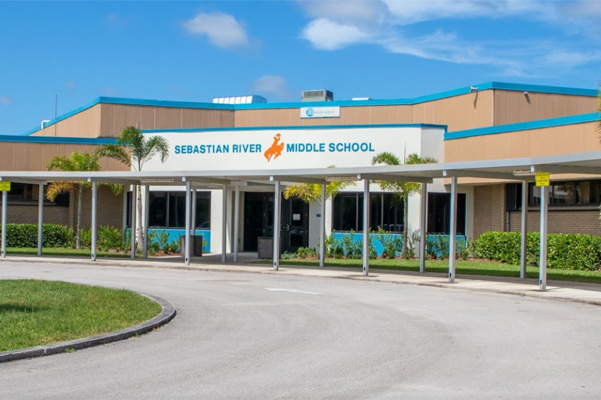 A Sebastian River Middle School substitute teacher is under fire after posting a Facebook comment deemed “inappropriate” by parents.

There’s been a growing debate on whether children should wear masks in county schools. It’s been a debate nationwide as more states reopen during the COVID-19 pandemic.

One Sebastian parent raised the question that children could get sick wearing face masks in school.

“What about schools and our babies taking risks of getting sick by wearing masks, weakening immunity,” a parent asked on Facebook.

“I teach middle school, and no child complains. It is only pig Trump supporters. May they get sick and die a horrible death. Quickly, please do not vote for pig Trump,” Ryan wrote.

Some parents say Ryan has the right to free speech and a right to express his political views that have nothing to do with his workplace or career.

“The guy has a right to his own opinion just like everyone else. You can agree or disagree with him, but it would be an issue if he were spreading his beliefs in the classroom; that’s the only issue I personally have with it. He can say and do what he wants but shouldn’t push political beliefs in the classroom,” a parent wrote.

However, other parents say they don’t want someone teaching their children who wish people to die just because of their political beliefs.

“My son goes to that school. He just wished for my son to die,” another parent wrote.

“I think everyone has a right to post their own political beliefs on their social media (I do all the time lol), but when you wish horrible death upon people for their political beliefs? That changes everything, in my opinion,” a parent wrote.

Several parents have already complained to the School District of Indian River County. We reached out to the school district, but they have no comment at this time.

As of Thursday morning, Ryan is no longer listed as a teacher on the middle school’s website. However, we’re not sure if this is something temporary or permanent.