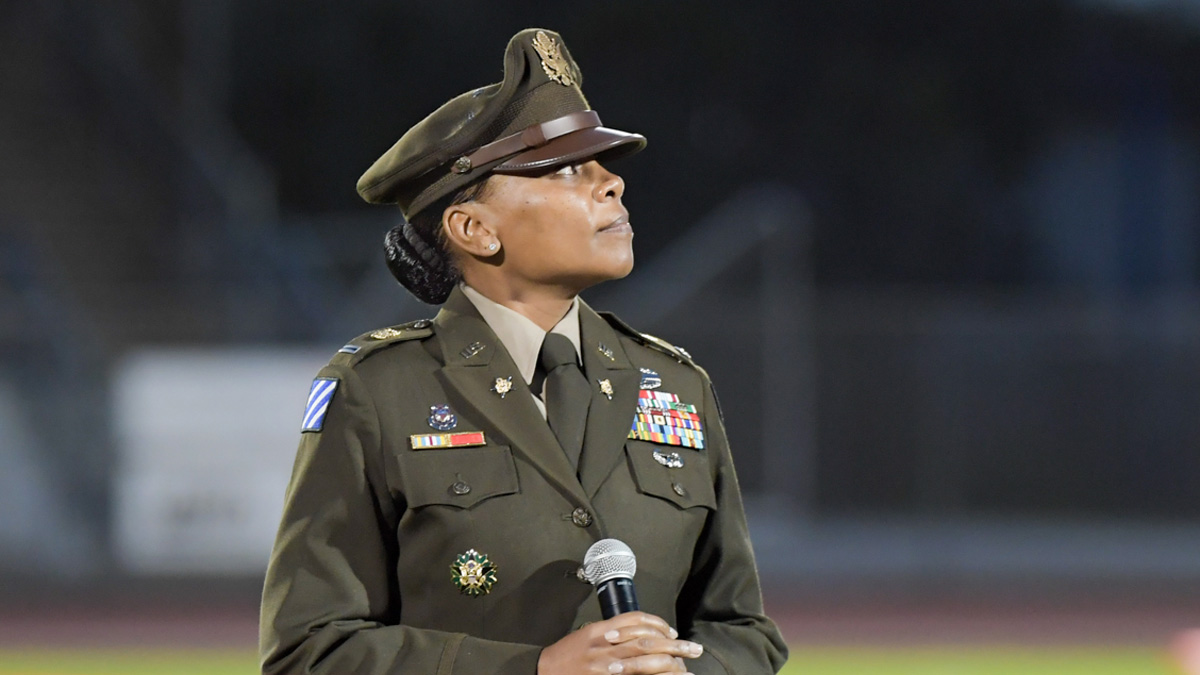 The band, flag girls, and football team seniors were brought to mid-field with their families and friends to be honored. There were approximately 55 senior band members and flag girls, and 20 football players.

The pregame ceremony included a surprise for head football coach Tyrone Perry as his sister, CW5 Yolondria Dixon-Carter, active military, paid him an unexpected visit and sang the National Anthem.

Dixon-Carter was born in Gifford and had many years of service, awards, and tours abroad. She was awarded the Bronze Star Medal and earned a Master’s of Science in Criminal Justice Forensics Science and Psychology from Saint Leo University.

Three skydivers landed midfield trailing streamers, smoke, a huge American flag, and a banner representing each military branch. One of the skydivers even presented the head football official with the game ball. The ROTC and cheerleaders were also in attendance.

It rained throughout the night until the fourth quarter, when the sky cleared, and a cool breeze blew through the stadium.

The Sharks played a great game beating Palm Bay 14 to 11.