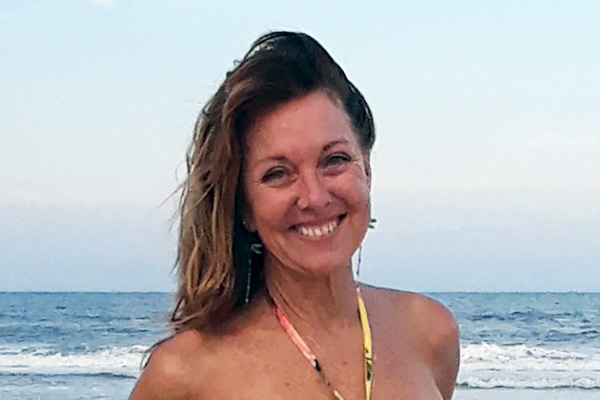 Bolton was present at the infamous meeting on April 22, 2020, when Gilliams, Parris, and Mauti attempted to fire city staff and appoint Gilliams as the new mayor.

Seen in the picture above is Diana Bolton standing next to Damien Gilliams (in the green outfit).

Also present in the infamous meeting was Robert Stephens (seen far left in the photo above) and Robert Bedea (in the yellow shirt) who likes to call himself “Dr. Bob.” They are all directors from the Sebastian Property Owners Association (SPOA). Bolton, Stephens, and Bedea still serve as directors under Gilliams, who is president of SPOA. Parris used to serve as vice president. On the far right is Gilliams’ son, Damien Lee Gilliams, also a director.

Also at the meeting was Dr. Graham Cox, which surprised a lot of local citizens for his involvement. Russell “Buzz” Herrmann was also at the meeting, but sat on a bench outside when police arrived.

All of these individuals entered the Chambers and kept the doors locked during the meeting. Citizens believe they tried to hijack the City of Sebastian, calling it a “coup” after watching video evidence.

SPOA is still a great organization, but many of its members left after Gilliams was accused of using the group to promote his political campaign to run for City Council. There was also misinformation being spread last year about the annexation by its directors who supported Gilliams, Parris, and Mauti for City Council.

Citizens have confronted Bolton on social media with these questions, but she either tells them to read her BIO or blocks them from her Facebook page calling them “cyber bullies.”

We reached out to Bolton for a comment about her participation in the April 22 meeting. At first, she avoided the question and asked about Sebastian Daily’s advertising rates for her City Council campaign ads. We then asked her a second time, but she wouldn’t go into detail. It’s a subject that Bolton refuses to talk about with us or the citizens.

“As far as the Sebastian City Council meeting goes, it is part of a pending court case of which I am called as a witness. That said, I feel it may be inappropriate to comment until the court case is completed,” Bolton told Sebastian Daily.

During the alleged “unlawful” meeting, Bolton recorded the session, as documented in another video recorded by Stephens. All done inside the locked Chambers. Since there was no city staff or Charter officers present, Gilliams asked everyone to record the meeting.

During Stephens’ recording, you can hear him say, “Pssst, here come the police!” Mauti and Gilliams quickly adjourned the meeting, and people left the Chambers as soon as the police entered the building.

The next day, there was a press conference held by Gilliams at City Hall, declaring he was the new mayor. Next to Gilliams, showing their support, was Bolton, Stephens, and Bedea.

In the photo above, Bolton is seen standing next to Gilliams while Stephens was behind him. Both Bolton and Stephens were there to support Gilliams as he declared to be the Mayor of Sebastian. Then she tried to stand in the way of citizens who chanted “Lock Him Up.” Citizens voiced their opposition and didn’t recognize Gilliams as their mayor from a shady meeting they felt was a “coup” attempt.

The entire press conference was a disgrace and an embarrassment to the city.

Bolton’s supporters are downplaying her involvement with Gilliams, even though she serves under him at SPOA, followed him in the meeting, supported him at the press conference, and has her real estate license under Gilliams’ Real Estate company. She’s listed as one of Gilliams’ associates. These aren’t coincidences; you can connect the dots.

Those who support Bolton will also tell you she did a nice thing for the citizens of Sebastian by turning over her video recordings of the meeting. They even have the audacity to say Bolton did a great service by providing the video. None of this is true, according to Sebastian citizens.

The State Attorney’s Office demanded all videos. On April 23, state investigators already retrieved videos at City Hall from their surveillance cameras inside and outside. Then they interviewed everyone involved and collected their videos.

The people who were in the Chambers did nothing to help the City of Sebastian. They ignored the fact that a regular scheduled City Council meeting had been canceled, and witness testimony provided by the State Attorney’s Office shows that everyone was told the meeting was canceled. But they chose to enter City Hall and take part in the “meeting” anyways.

It now seems that the same people who supported Gilliams, Parris, and Mauti are now trying to get Bolton elected.

Bolton’s supporters will say she’s running on an environmental platform and wants to help bring many solutions, but everyone on the current City Council cares about the environment. It’s been a fact that for several decades, the City of Sebastian has already done more to protect and help the Indian River Lagoon than any other municipality in Indian River County.

For example, Dodd spearheaded Sebastian Sustainability, and Hill, along with McPartlan, voted on several past projects to protect the environment and move the sustainability project forward.

The City of Sebastian already has many environmental protection projects in place because of the current Council members. And they all admit they have more work to do.

Dodd pushed through all the red tape for almost two years to work on a plan with the city manager to stop spraying glyphosate, found in Roundup. As a result, it allowed the City Council to vote on the moratorium.

All of these facts should be considered when deciding who to vote for on November 3, 2020. None of these facts are petty, especially after what the citizens of Sebastian have been through this year.

It is not about being “guilty by association,” since it was her choice to be involved in the alleged “unlawful” meeting and support Gilliams during his press conference. During a pandemic and when citizens needed their local government the most, she was one of the people involved in the worst crisis in Sebastian’s history. And now, she wants to be on City Council.

When candidates who have strong ties to the people who were just recalled try to run for Sebastian City Council, it raises many red flags.

Letters to the Editor for Sept. 28, 2020 – Drainage and Flooding Issues

Letters to the Editor for Sept. 28, 2020 - Drainage and Flooding Issues