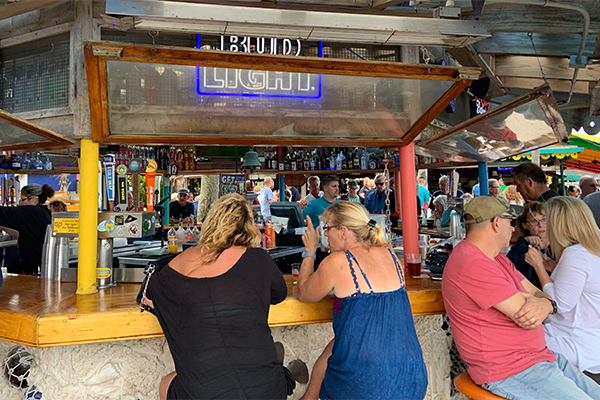 SEBASTIAN – People have seen it all from whales with bellies full of plastic to a video showing a turtle with a plastic straw in its nose.

Last year, Sebastian Daily raised the question to Mayor Jim Hill if the City of Sebastian plans to ban plastic straws, but he said the council hasn’t discussed it. Several cities in Florida are setting the plastic straw ban, although some haven’t been successful.

Along some of the shorelines in Sebastian, you can often find plastic straws that were discarded, along with cups and other trash. Most people suggest that the problem are the cups, not the straws.

In a push to be more environmentally conscious in Sebastian, Mulligan’s Beach House dumped the plastic for paper straws. We visited the restaurant and tried one of their paper straws at the bar. The first couple of sips were great, but then our drinks began to taste like paper towards the end.

Metal straws are another alternative, but all these options don’t come cheap. Crab E Bills in Sebastian is already using hemp straws.

Paper and biodegradable straws are between three and seven times more expensive than plastic straws. That cost could increase menu prices if other restaurants & bars choose to adopt the latest trend.

When dining at the Captain Hirams Resort inside Blackfins, you have to ask for straws.

This past week, we asked several patrons at Capt Hirams Resort, Tiki Bar & Grill, and Earl’s Hideaway Lounge what they thought about paper straws. Some liked the idea, others said they don’t see a need to make the switch.