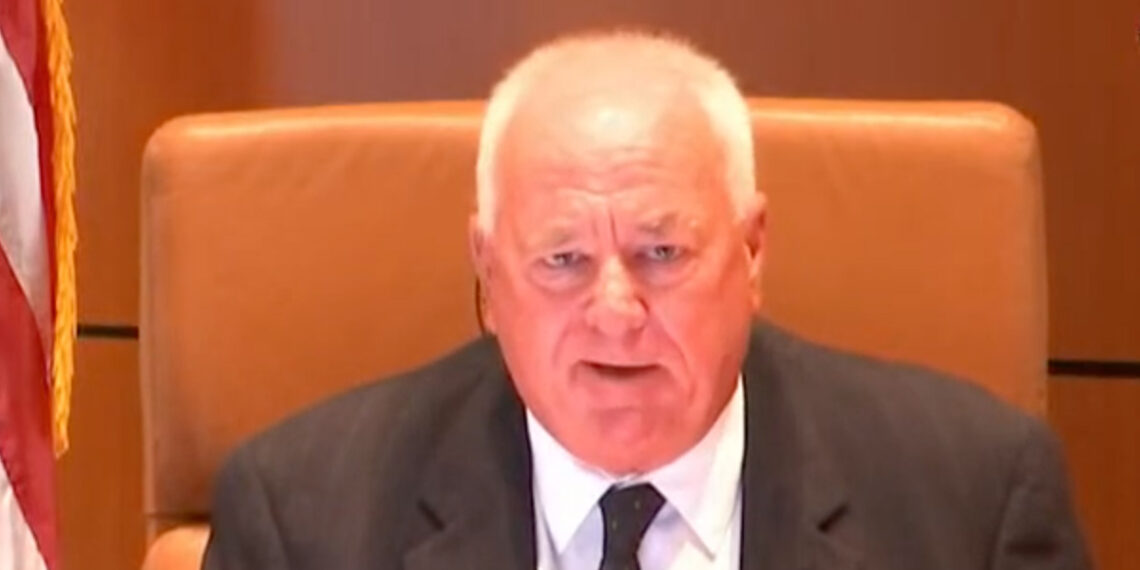 Last Tuesday, Indian River County Commissioner Peter O’Bryan, sparked controversy during the Board of County Commissioners meeting, prompting at least one resident to file a complaint for an ethics violation. He also drew criticism from county residents and some municipality leaders.

During the meeting, O’Bryan said he was interested in the County Administrator’s job while the board decides who to replace Jason Brown, who announced his resignation last month. Brown said the position was rewarding, but his most robust skillset is governmental finance and accounting.

Some residents accuse O’Bryan of promoting and advertising himself for the interim job while performing his duties as Chairman of the Board of County Commissioners.

Sebastian Daily first got wind of the backlash after the meeting from county residents, and it continued through last weekend.

O’Bryan, 65, says he isn’t looking to take on the job permanently but wants to take it in the interim to help with a smooth transition while the board decides who should take on the role of County Administrator.

The County Administrator’s job potentially pays more than $200,000. According to the county human resource department, Brown’s salary is $211,871.

A few months ago, O’Bryan, announced his retirement and did not seek re-election as a County Commissioner in District 4 after serving 16 years. He is being replaced this month by former Indian River County Sheriff Deryl Loar after winning the August primary.

During last Tuesday’s Board of County Commissioners meeting, all five voted to hire a national firm at around $70,000 to search for potential candidates to fill Brown’s position.

Then, following the vote, O’Bryan said the process to replace Brown permanently could take four to five months and suggested someone take the interim position after he leaves at the end of December to help with a smooth transition. However, O’Bryan emphasized he was not interested in taking on the job permanently but only for the interim.

“Does the board want to discuss an interim County Administrator at this point or save that for a later date,” he asked.

The room got quiet until Commissioner Susan Adams said, “Well, you’re retiring,” followed by a laugh from O’Bryan.

Commissioner Joe Flescher suggested they wait and revisit the matter later. However, Adams chimed in again, “he could work for us.”

O’Bryan answered Adams by stating he had considered the position and spoken with Suzanne Boyll of Human Resources. The other commissioners looked puzzled and surprised.

“I can give you a couple of reasons why it might make sense to some of you all. One, obviously, I’ve been here for 16 years, and I have a pretty good knowledge of Indian River County and the institutional knowledge. Second, I think I have a very good relationship with the department heads we have, and obviously, if we did go down this path, I would have to lean on them heavily,” O’Bryan said during the meeting.

O’Bryan said he could not vote or do anything on this as it would become a conflict of interest, but said he would be honored and it would be a privilege to serve as interim County Administrator.

Adams stated it was “enticing” to have O’Bryan as the interim. However, she later said she had been joking earlier and didn’t know O’Bryan was serious about taking on the interim role.

Residents also have concerns about such a drastic decision being made on the heels of an impending County Commissioner since Loar is already elected and should also have a vote.

Some municipality leaders in the county say O’Bryan has no experience to be appointed the interim for the position and find it disgraceful that anyone would support him for the job.

“After all these years in politics, it still surprises me the arrogance of many who serve for years in office. Peter O’Bryan has no more qualifications to serve as county administrator than my dog Max, and any official who would appoint him, even on an interim bases, would clearly be showing bad judgment at best. One would think that the ‘good ole boy’ politics of the past would be far behind us but, we shall see,” Sebastian Mayor Jim Hill told Sebastian Daily.

One county resident was so disgusted with the meeting that he sent an email to O’Bryan.

“Chairman of the board, Commissioner O’Bryan, while performing his duties as an elected official, decided to throw his hat in the ring for interim County Administrator. Again, he did this while performing his duties as an elected official and as chairman running this meeting. After the vote at 11:43 am, he used his chairman powers to discuss filling the interim position. Commissioner O’Bryan, how dare you? How dare you use your position to gain financially from this county, especially during a County Commission meeting. There are plenty of qualified people for this role, so you are doing no public service,” Indian River County resident Jeff Andros wrote in an email.

Some accuse O’Bryan of trying to capitalize on the position before his retirement.

The County Commissioners meet again on Tuesday, November 9, 2022, and they plan to open the discussion again for the interim County Administrator.

“Per Board direction at the November 1, 2022, County Commission Meeting, staff is asking for the Board to continue discussion regarding selection of an interim county administrator,” the agenda item reads.